This blog post was originally featured in Poets & Quants

Why is networking so difficult?

That’s a question I have asked myself countless times throughout the MBA experience. Is it because I am an introvert? Or maybe I feel so awkward that I want to just back up out of a conversation (and hopefully no one will notice)! I can’t tell you how many pep talks I have given myself before a networking happy hour or a phone conversation with an alumni member. Just the thought makes me a little nervous.

However, after a recent discussion in one of my classes, I realized I am not alone in this feeling. Many classmates also dreaded those same interactions. I was shocked. As a self-proclaimed introvert, I understand why networking can be difficult for people like me. However, I learned from my classmates that networking can be tough even for extroverts.

Why is that? Well, I don’t have an answer to that question. But I can speculate. And what I have come to understand is that we put so much pressure on ourselves to talk to the right people and make a natural connection in what is normally a very unnatural setting. We forget what making a connection is all about.  Sometimes I forget there is an actual human being on the other side of my happy hour conversation or networking call.

And it’s probably awkward for them too.

In my previous life as an actor and dancer, I felt the same way heading into an audition. Sometimes, I would put so much pressure on myself, I would forget there was a human being on the other side of the table who wanted me to succeed. Now that I have had this revelation, I wanted to equip myself with some tools to make networking a little bit easier. That involves trying to balance the art of making meaningful connections while also working towards my career goals.

Recently, I called in some back up; I talked to two of my classmates who pretty much beasted the networking game throughout their recruiting processes.  I spoke with Matthew Manriquez, who is heading to Morgan Stanley as an investment banking associate, and Kelly DeMoya, who is off to Accenture Strategy. My classmates gave some great tips for the pre-networking pep talk!

That starts with finding a certain balance. According to Kelly DeMoya,, that means having meaningful conversations and ensuring you meet enough people from each company.

“Strike that balance of making sure you hit the right people, but you also really need to network everywhere in a finite amount of time.”

While we may hope to just have one conversation at each company or school, this approach is not always enough. First semester is filled with endless cases, practice problems, and team projects. It can be difficult to throw meaningful networking into the mix. So, remember to find the balance like Kelly has mentioned. It’s in genuine, quality conversations where you can find your advocates. These are the advocates who are in the room where it happens (Hamilton fan over here) and who will vouch for you.

With quantity it is two-fold. The first thought is, sometimes it takes a few conversations to get to the individuals who make decisions. Ultimately, those are the people you want to meet and get to know.  And second, the more people you speak with, the more YOU learn about the company.

Early on, I found it very helpful to keep track of a lot of the conversations I was having. I wanted to make sure I remembered what I learned and who I spoke with. I made a spreadsheet of my notes. Future business school me would be so impressed! If my goal was to try to connect with another employee, I made sure to remind myself so I could include it in my thank you email.

Remember you are building a career. The goal is that you are as much a fit for the company as it is for you. So learn as much as you can.

When juggling so many coffee chats, happy hours, and classwork, it can be difficult to bring your full self to each event. But it is important. It is important to know what the bottom line of this conversation or happy hour is. Bottom line: Know why you are there! 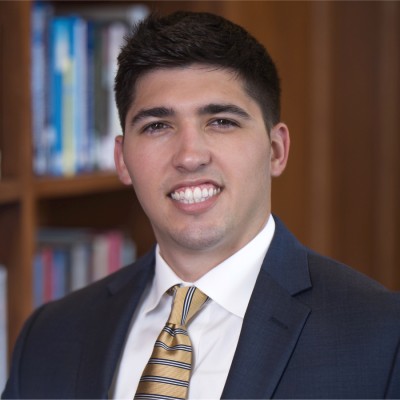 Matthew Manriquez emphasized the importance of knowing your outcome and he dropped the mic with this one.

“Have an outcome in mind for every interaction you are going to have.”

Seems simple but can be difficult in practice. It is easy to go through the motions and check things off a list. The question is, where does that lead?

“It’s important you know what your objective is so you can structure your conversations accordingly while not coming across as too transactional, Matthew adds

This is really helpful to me in the quantity aspect. When recruiting for a job or a school, it may require speaking with a lot of people. However, a conversation with an alumni or future team member can be very different from a conversation with a recruiter or admissions officer. A recruiter is not in the job day-to-day; they will know about the company culture and recruiting timeline. But it’s your future teammates who will know what it takes to be successful. Go into your conversations understanding why you are there and what you would like to get out of it. Whatever it is, know before you go!

Networking is a marathon, not a race. That requires you to keep track of your conversations, says Matthew Manriquez. “If you are having repeated interactions with a school, person, or company, there should be a leveling up of your questions. For banking I shouldn’t be asking the same questions I asked in August versus October.”

And that is a great point! Use early conversations to get to know the basic details, such as the job and travel requirements. As you move through the process, level up your questions. As you begin to have conversations with future teammates and bosses, use that time to dig deeper and understand what the work is really like. For example, you can inquire about what keeps team members motivated or what constitutes growth in the position. These deeper conversations will build your rapport with the company. 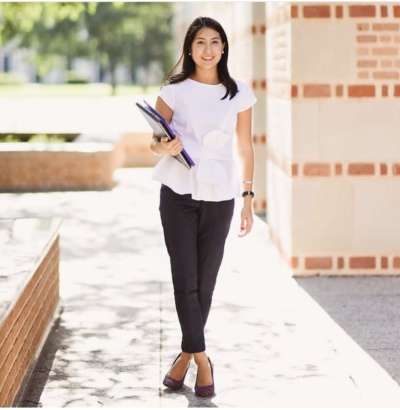 As discussed earlier, there is a person on the other side of your conversation and they have likely been in your shoes. As important as it is to make a good impression, you want to make sure it is a true impression. This is hard. It has always been difficult for me to balance ‘serious, best foot forward, business Katie’ with the ‘awkward, slightly introverted Katie.’ I have found my pep talks before any networking event to be very helpful. There are three points I like to make: focus on making genuine connections, be myself (which is not always easy) and now I remind myself why I am there (thanks Matthew!).

Hard skills can be learned. If the fit isn’t right, that is a bit more difficult to change says Kelly DeMoya. “Really making it about connecting with the person it’s easy to forget that there is that relationship component.”

The people you network with are in your industry, in your city and potentially on your MBA team. These are people whom you can hopefully help one day. Take networking as a time to make lasting connections. When you remember to be a human and put meaning behind your conversations who knows: your 20-minute coffee chat could lead to a lifelong career supporter and teammate.

Interested in learning more about the MBA programs offered by Rice Business? Send us an email at ricemba@rice.edu.

Your Inside Look at the Rice MBA Admissions Process

We want to set you up for success and help you put your best foot forward when you apply for a Rice MBA. Keep reading for a conversation with Associate Dean of Degree Programs George Andrews and his tips for navigating the Rice Business MBA admissions process.

Thank You for Your Service

Few resume items command instant respect like the word "veteran." At Rice Business, this respect translates to a major investment in attracting military veterans as students.

Check out Full-Time MBA '21 Katie Chung's advice about the importance of refusing to let preconceptions and labels define you on your journey to reach your full potential.