Why “mythical numbers” are so enticing — and how they ultimately lead us astray.

In the 1970s, policymakers routinely cited a widely accepted figure that New York City heroin addicts stole between $2 billion to $5 billion worth of property a year, committing half of all property crimes. City funding was allocated with this figure in mind.

Public policy analyst Max Singer thought those numbers seemed inflated, and in a 1971 paper, “The Vitality of Mythical Numbers,” he sought to debunk them. Singer pointed out that New York City at the time only reported $300 million in theft annually. Some $100 million was auto theft, a crime not typically committed by drug addicts.

Taking into account factors including the number of addicts in New York City, the types of crimes they typically committed and the average dollar value of those crimes, Singer estimated that actual theft by heroin addicts was likely ten times smaller than the oft-cited figure. He lamented that people would “pass on as gospel numbers that have no real basis in fact” and encouraged people to question these so-called “mythical numbers.”

Take, for example, a school district that made a large investment in extracurricular activities. To justify their decision, they cited a study showing that students who participated in sports and music are four times more successful than those who don’t. They claimed that 10 minutes of music a day can improve students’ SAT scores by 15 points and increase their lifetime wages by $800,000. Leaders leaned in to mythical numbers to justify their argument.

While extracurricular activities may indeed be valuable, at the same time, the school failed to meet the minimum academic standards for seven years running. Funds that could have been used for academics were diverted to extracurriculars. Yet leaders continued to use mythical numbers to argue that extracurricular investments would make students more successful.

In a separate example, an oilfield services company executive latched on to a figure that the oil and gas industry is seven times more likely to have a safety incident than all other leading industries. The executive used that mythical number to make the case for additional safety investments. In reality, however, the company had a good safety record, and company data did not support the additional safety investment. The biggest driver of customer value for that company was after-sales service, something that executives continued to ignore.

Mythical numbers typically originate from flashy news headlines and splashy consulting studies. They’re meant to illuminate trends or give a snapshot of an industry. While some mythical numbers can be traced to a specific source, and may even be accurate, others aren’t. Either way, the problem with mythical numbers for executives is that these inflated numbers don’t automatically apply to all businesses.

All too often, leaders accept mythical numbers as a given and believe they apply to their business. Executives use these numbers as irrefutable evidence to justify their actions without thinking about the numbers’ plausibility or applicability. Blindly following mythical numbers leads to poor strategy planning and bad business decisions and outcomes.

To be successful, executives must counter their tendency to base strategy on mythical numbers. One way to do so, and to improve strategy planning at the same time, is to engage in counterfactual thinking. This type of thinking is a logical approach that involves considering the alternatives and looking at numbers from all possible vantage points.

Take “More than 80% of CEOs of successful companies believe employee engagement is an organizational imperative,” for example. An executive who comes across this inflated figure might ask themselves: How were companies rated as being successful? How many CEOs were included in the study? And are there successful companies where employees aren’t engaged?

Upon further analysis and counterfactual thinking, the executive might find that making a larger investment in employee benefits or in marketing or sales, instead of in employee engagement, could in fact result in greater financial success.

To be successful in strategy planning, executives first need to take a step back and put mythical numbers in perspective. Then they must collect and analyze data for their own company rather than assuming that a large number automatically applies to them. Business leaders who can shatter the myth of the mythical number will find their strategy planning is stronger and business outcomes are greatly improved.

In “Focus,” we delve deeply into the problem of mythical numbers and how executives can go about countering these numbers to enhance strategy planning. 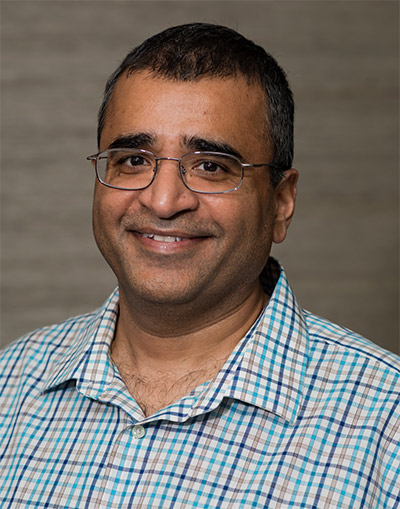 Career Portfolioing Helps Workers Have Agency Over Their Jobs

When Conflict Leads to Worse Outcomes

Reducing Emissions can Have a Fast Impact on Lowering Global Temperatures