Friends of Alex Sonnenberg created the Sonnenberg Scholars Program at Rice Business to benefit a special operations veteran who espouses the principles Alex lived by. We rely on the generosity of donors like you to help realize this important mission. 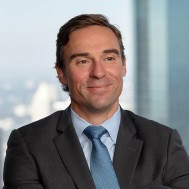 Alex Sonnenberg enlisted in the U.S. Navy right out of high school due to a sense of patriotism and duty. He completed the demanding Explosive Ordnance Disposal ("EOD") technician training program early in his Navy career and was eventually hand selected to join the Naval Special Warfare Development Group ("DEVGRU") as the top 1% of EOD technicians. Upon completing DEVGRU's arduous selection process, Alex joined a DEVGRU squadron where he completed numerous overseas combat deployments with his brothers in arms.

Following DEVGRU and while still in the Navy working within EOD, Alex graduated from UCSD before leaving the service with the rank of Senior Chief Petty Officer and attending Wharton business school. After getting his MBA degree, Alex worked for SCF Partners before becoming the CEO of an oilfield services company.

Throughout his time, both in the Navy and in Houston, Alex exemplified what it meant to live a full life, and he was a treasured friend to the many whose lives he touched.

Donors to the scholarship will gain access to the Sonnenberg Donors Club and receive a commemorative Sonnenberg Scholars coin and exclusive invitations to Sonnenberg events.

Thanks to those who have contributed so generously to the Sonnenberg scholarship. Donor listing as of December 2021: