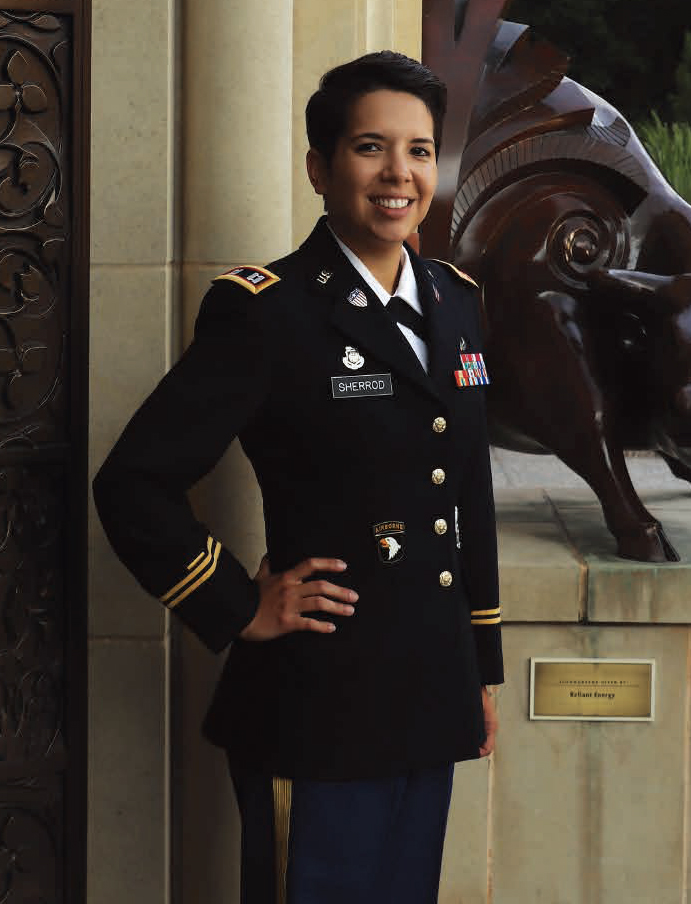 “I decided to pursue my MBA because I want to bring the knowledge and skills I attain in business school back to the fight as a strategic leader in the Army.”

Casey Sherrod was only 12 on Sept. 11, 2001, but she remembers seeing soldiers enlist to fight in the War on Terror and feeling reassured that they would make the world safe again. “In my eyes, soldiers were real-life superheroes, and I wanted to be just like them,” she says. That’s why she joined the Army ROTC at the University of Houston, where she earned her bachelor’s degree in human development and family studies. A year after graduating, she deployed to Afghanistan as a platoon leader. Now a captain, Sherrod has spent the past two years as commander of the largest Army recruiting company on the West Coast. But she’s always wanted to come back home to Houston — and now she has the opportunity to study at Rice Business while still on active duty; the Army is covering her tuition. “It’s part of a program the Army offers officers in order to educate and retain their leaders. When I graduate, I will return to the operational Army as a strategic leader in either human resources, acquisitions or recruiting. My goal is to ultimately retire from the Army and return to Houston as a leader in the business community.”